Nathan Kennedy is a national award winning Irish Fiddler and classical violinist who performs 50-100 events annually around the D/FW metroplex as part of a number of ensembles, as well as performing as a soloist. He has been playing violin for over 11 years and has performed at over 500 live music performances in the last 5 years in the United States, Ireland (3 trips), and Canada. Nathan has recorded on 5 CDs to date as a principle artist, and his music has been played over 250,000 times on internet streaming sites like Pandora, Apple Music, Spotify, Google Play and others, as well as hundreds of radio stations around the globe.

Nathan and Arielle will be playing a number of concerts around the McKinney area during the summer of 2018. 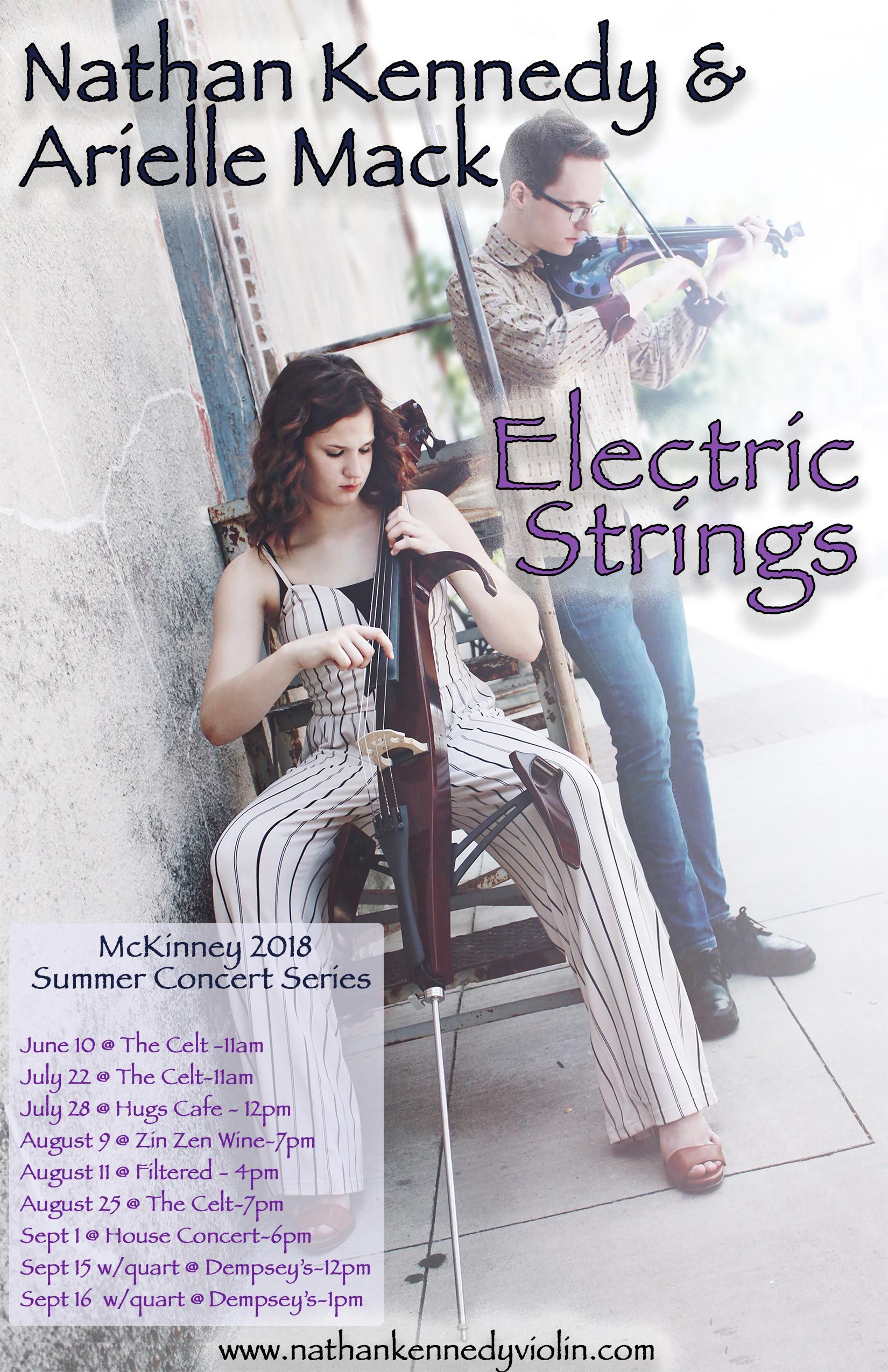